My favorite son, Bear, is celebrating his 28th birthday today! 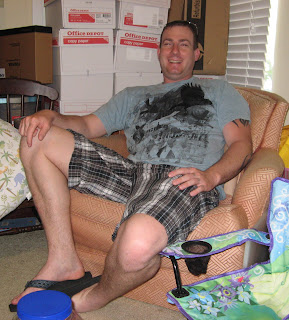 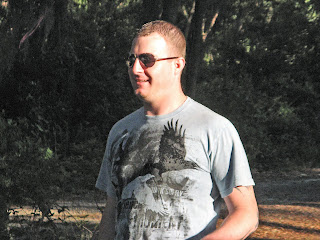 
Here's a story I wrote about him in a course I took way back when...


2-22-88
Bear's Birthday
Shortly after dinner on September 22, 1982, I began feeling some mild contractions. I wouldn't dare allow myself to believe that my baby was ready to be born. After all, he was already three weeks late to the day. I'd been sure time and again that "today" was the day. The only problem was that "today" never was the day and this had been going on for five weeks. I decided that I was going to become too busy to think about it again; which was really hard to do considering my belly looked like I had stuffed two basketballs into it. On top of that, I felt like I was carrying around a sack of rocks.
After an hour I was sure I was in labor. I began cleaning house, arranging a babysitter for my daughter, packing my suitcase, fixing a meal to freeze, shaving my legs and all those other things that expectant mothers do at the last minute.
By the time my contractions were coming at regular intervals I let my husband in on the excitement. He began acting like a monkey, all nervous and running around doing nothing. After I calmed him down we called the doctor.
At around 11pm that night we took off to the hospital. I was aware of the fact that second babies usually come faster, but I wasn't prepared for the speed with which this one was moving! I had waited all evening for the last possible moment to leave and by the time we were dropping Hillary at my sister's house, I was hardly able to talk to her.
The drive to the hospital lasted about twenty minutes and during that time I was withdrawing more and more into my own little world.
As we walked across the vast parking lot to the entrance doors I had to stop twice for severe contractions. I remember a lady walking by and knowingly saying, "Looks like you're going to have a baby tonight"! I couldn't even acknowledge her at this point but my husband stuttered and stammered something to her.
The admissions clerk saw us coming and had a wheelchair ready before we could speak. I guess I must have looked dangerous because she didn't even take any information at that time, but rather told Jerry she would get what she needed up in Labor and Delivery.
The next thing I knew I was in the birthing room, in a hospital gown, doing my slow chest Lamaze breathing. The nurse had checked me and said I was seven centimeters dilated and no sooner had she gone than I really began to hurt and to worry. I have a high tolerance for pain but I wasn't sure I could bear this much longer. I told my husband how I felt and he suggested I change my breathing style to panting, which I did immediately.
Almost right away the doctor came in for his examination. He informed us that I was in transition, that is, almost to ten centimeters. I couldn't believe how quickly it had happened but I was relieved to know why I hadn't been doing so well. At this point I regained my confidence and knew that I wasn't going to freak out.
All of a sudden I felt the urge to push! I knew from Lamaze that no pushing is allowed until full dilation is accomplished. Well the nurse quickly checked me and lo and behold I was fully dilated.
From that point on, for the next five to ten minutes, all I heard out of Jerry's mouth was, "Push, push, push, push, push". Then after the nurse came back from getting the doctor that was all she could say. Believe me, it was such a relief to push that at that point I was very agreeable.
I could feel the baby's head moving down the birth canal and I knew that he wasn't goint to be but another minute or two, so I told the nurse she's better get the doctor. She ran out to get him and I just kept pushing.
I suppose that doctors know their jobs but this man obviously wasn't taking me seriously. The baby's head was showing but Dr. Wash was still lollygagging around in the hall. I could see him and told him in no uncertain terms that my baby was about to be born! By this time Jerry and the nurse were shouting, "Blow, blow". They knew that if I blew I couldn't push the baby out before the doctor got there. Well I wasn't about to blow at this point. That's kind of like telling a shooting star to turn around and go back. I just couldn't do it!
I thank God to this day that I at least had a nurse present, because I finally gave the push that was needed and at 1:35 am out popped my baby's head! The doctor was running into the room pulling on his gloves at this time. He got to us just in time to suction the baby and catch him on the next push!
I was sitting up in a chair-bed all this time so I was the first to see I had a baby boy! I was thrilled and I couldn't wait to get my hands on him. I reached out to take him from the doctor, but he pulled him back and said, "Wait a minute". Well I waited what seemed like hours and again reached for him. This time I succeeded in getting my hands on him and the doctor disgustedly said, "Here take him". So I did!
All this time Jerry was busy taking pictures of this miracle of birth. My son was crying and didn't seem very pleased with this part of the world. I was amazed and happy beyond words and I'll never forget it.
------------------------------------------------------------
Wow, typing that made my heart race and all kinds of emotion come up. 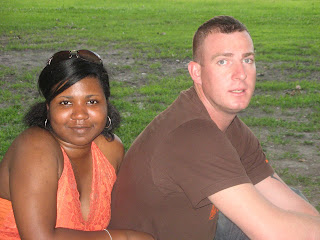 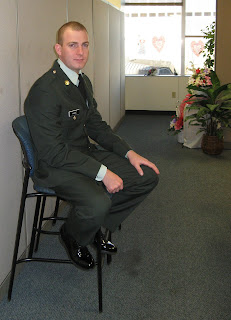 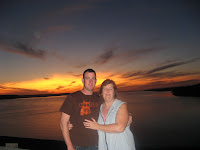 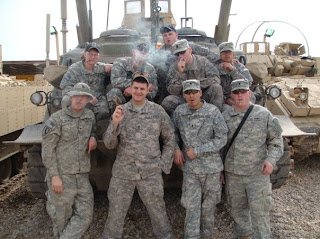 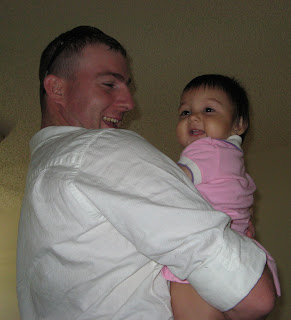 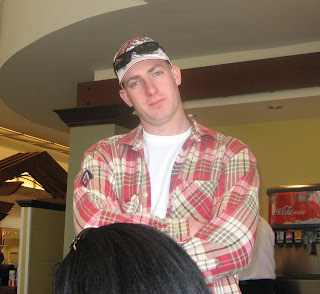 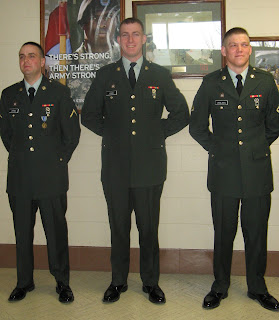 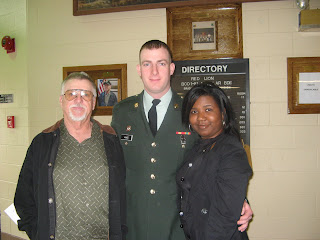 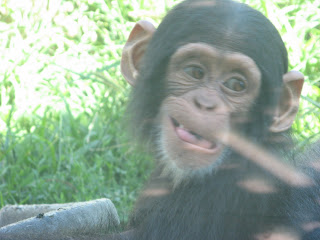