I love this blogging thing!

It's like...I get to show you my slide show, but you don't really have to watch unless you want to.

I hope you want to.


I've got to give you a run down on our trip to the States which began at around 5:30am when the plane coasted in to a landing in Fort Lauderdale.


We picked up our stinky car (see 'There's No Place Like Home) and while looking for yard sales we were also keeping our eye out for breakfast.


Finally, I saw a big sign from the road in front of a restaurant in a strip mall that said "Breakfast Here".


I ordered Jerry to turn right at the next light and we headed back (going in the wrong direction) (he's already driving like a Colombian) in the parking lot.


And that's how we ended up at 'Phil's Calzone Factory - Heavenly Pizza - Spreading the Good News of Jesus Christ since 1994 - So Good It's Heavenly'. 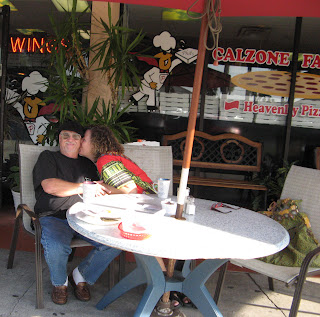 It was still pretty darn early but they were open for business and we had a great breakfast (they're not kidding with that advertising) of a yummy shared western omelet, zesty home fries and crisp delicious bacon. Damn was it good!


That's one thing we both really miss about home...those cholesterol filled breakfasts. They just don't do that here in Barranquilla.

Fortified with heavenly manna, we optimistically got back to the hunt.


We came across a consignment shop that had price tags of $50 plus for the same items I'd tried selling, unsuccessfully, on eBay and then let go for a couple bucks at my yard sales before moving here. They had this magnificent beaded lizard which would only set you back $7,000.00 but who's counting? 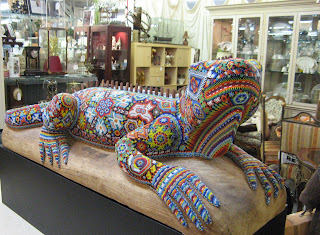 That store was near this neighborhood... 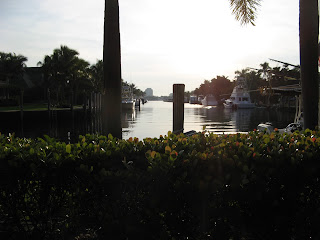 which wasn't ABOUT to have a yard sale so we headed to the interior. 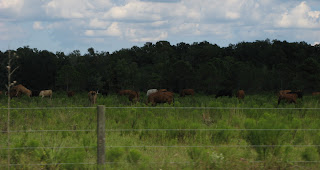 You may be getting the picture of why we had no luck with the yard sale thing.

We did though pick up a few thousand love bugs. (click on this picture so you can see them). 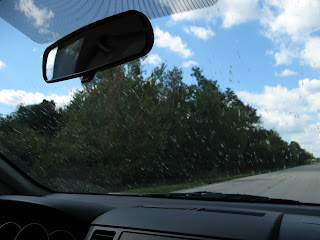 After a couple dozen miles of running through swarms of those lovely little Don Juans, we had to stop to buy Simple Green to get them off the car. And then we...uh, Jerry, had to do some scraping. We could hardly see through the windshield. The little car we were driving was black in the front and faded back to red. (It was totally red when we picked it up that morning).

Don't ever let anybody tell you that Florida doesn't have different seasons. There's tourist season, hot season, hotter season, rainy season, snowbird season, hurricane season and love bug season to name a few. You do not want to be there with the love bugs, unless of course you're driving a rental.

It was near this point that Jerry said we were six hours into a five hour trip and only had about four more to go.


When we got to Orlando, finally, my sister-in-law, Linda, who is a wonderful Chef, with a business called 'A Chef of Your Own', whom you can read about at her blog  http://orlandovacationchef.wordpress.com/  had warm home made cookies waiting which we gobbled up just before eating her yummy spaghetti.


My nephew plays in the band at his school, so while they went to the game...Jerry, my baby brother Jeff, (who is an accomplished Chef working for Disney making the big bucks) and I went to Old Towne Orlando to the car show.


We lived near Orlando (near enough anyway) for ten years  and Jerry often talked about going to this show but never did, so he was a happy camper. 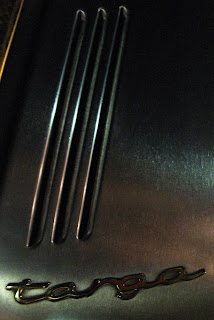 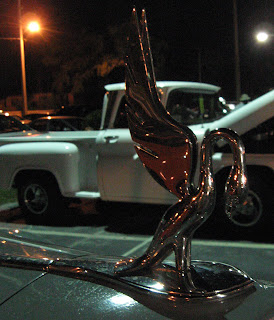 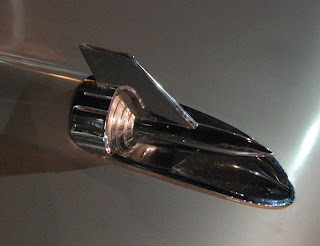 (On Sunday he also got to go meet with some buddies at the Swap Meet at Bushnell Fairgrounds which put him in Hog Heaven). (That's a Virginia saying).

A couple posts ago, I whined about there not being any yard sales on the way from Fort Lauderdale to Orlando but the next day, Saturday, my baby brother took Jerry and I around his neck of the woods...and while I didn't hit mega-treasure, I did buy some junk jewelry and miscellaneous art supplies AND a vacuum cleaner for $3.

It was a little difficult not being in control of the car (baby brother was driving) (and would NOT let me drive) (possibly because of the stories Jerry was telling him about how aggressive I can be when yard sale-ing) (totally exaggerating) but we enjoyed the morning nevertheless.

The last yard sale we went to on the way home had gorgeous formal dresses in my niece's size so we went home to get her out of bed (it was close to noon so we figured it was time) and she ended up with two beautiful dresses for $20. (She's a girly girl and looks beautiful in them). They still had their original tags. I wish I'd taken pictures of her in them but didn't. If she sends me some, I'll post them later.

The rest of the weekend was spent shopping at Costco (for peanut butter), Joann's (for WonderUnder) and just lazing around in front of the tube while gobbling up the rest of the cookies. It was just what we needed.
Posted by bohemiannie! art at 10:24 PM