Most of you know that I live in Barranquilla, Colombia.

Football...or soccer as we know it in the USA...is HUGE here.

For instance...when the local team, Junior, plays...the city pretty much shuts down and you can hear groups of people cheering or moaning all over the neighborhoods as the game progresses. 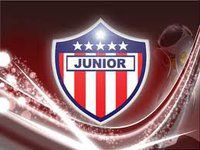 No kidding. It's crazy if you try to go anywhere before a game because it's like the city

is in a frenzy of activity with everyone, EVERY ONE, trying to 'get done and get home' to the game...or to the Stadium...as the case may be.


So, when I was invited to visit a friend and she later told me one of their friends was coming over to be interviewed by a Bogota News Station at their house that afternoon...I was kinda tickled to be a part of the 'action'.


Marcus Coll, the man interviewed, is a sweetie pie and world famous for being the only person EVER to make an Olympic Goal. What is that you ask? My advice is to look it up on the internet because I can't explain how it's done without drawing a picture. He made this goal 50 years ago


and so the news channel was doing a documentary...which yours truly may be a part of...but I hope not...because I didn't know anything about it ahead of time and wasn't 'ready'. No hair-do...no make-up...art clothes because we were working on a project. Get the picture? Well, if you don't, you can watch the documentary. :)

These pictures are of that famous interview day...although I deleted any with me in them because of the above mentioned reasons. I really didn't know I looked THAT bad and usually don't care too terribly much.


They were taken in late May by the way...just after we'd decided to move...so there was a bit of hysteria in my eyes on top of everything else.